PLEASE NOTE: USPS is experiencing unprecedented volume increases and limited employee availability due to the impacts of covid-19, thus causing much slower delivery times. If your order has been marked "Shipped" we have given it to USPS. They are not scanning all packages right away so tracking is slow to update. We apologize for the inconvience caused. Unfortauntely it is out of our hands. 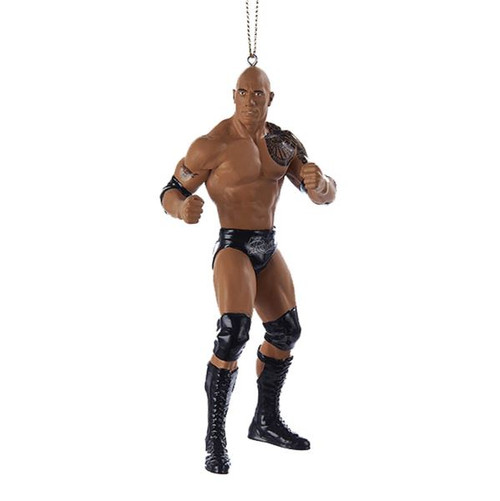 Dwayne "The Rock" Johnson joined the WWE in 1996 and was promoted as the first third generation wrestler in company history. In 2004 he left the WWE to pursue an acting career and shortly returned to the WWE from 2011 to 2013 before officially retiring in 2019. He was featured in some of the most watched WWE shows of all time. He has won several championships including being a ten time world champion.

I Love You To The Moon Ornament Personalized Ornament

Wood Sign - Yes, Doing Your Job Is Part Of Your Job

Wood Sign - Work Is For People Who Don't Know How To Ski 7in.x 7in.